Paper Bird Tek is my personal business allowing me to help people with their technology needs in Huntsville and surrounding areas. Originally started as Falcon Technologies in the late 1990’s it has been a constant companion allowing me to provide free services to select non-profits in the local area when I had another primary job, or being my full-time job when I did not. 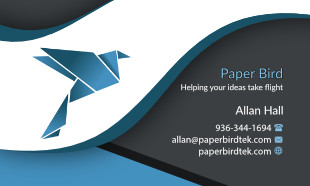 Why the name Paper Bird?

Paper Bird is a literal reference to a bird made of paper, as in origami. I learned how to make this particular bird and it fascinated me that you can make something so beautiful out of something so mundane. It really made me think of how everything in life is made from simpler materials. This led me to think of the slogan of “helping your ideas take flight” in that something as simple as an idea can be turned into something much more powerful. In this way, technology can help you grow and expand, hence, Paper Bird.

A little goofy? Perhaps. But if your company name means nothing to you, is that better or worse than something a little goofy?

Today I am partnered with Simple Cellular here in Huntsville to provide a wide range of services for all your technology needs.

I started on my journey with computers back in 1980 on a Radio Shack TRS80 model 1. My seventh-grade school had a single pilot computer class that ran for a six-week period, or maybe two. In that class, I learned the basic programming language and even more important that I could make a computer do what I asked it to do.

From there I went on writing for the TI-99/4A, Apple IIe and IIc, Commodore VIC20 and 64, and finally into DOS-based PCs. I even worked with some very early Macintosh computers (not a Lisa unfortunately) but never wrote any code for them. 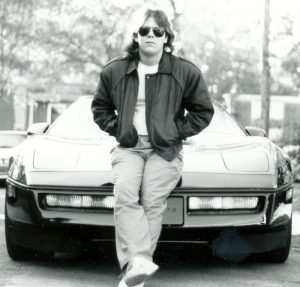 Yes, that’s me much younger in life, hair and all.

By the late 1980s, I was very into DOS computers including building, repairing, and programming them. I was fascinated with BBSs (bulletin board systems, the predecessors to the internet) and ran up quite high phone bills. I even helped run one BBS and created my own small BBS on a VIC20.

For many years I helped organize and even became president for several years of the Conroe Huntsville Users Group, CHUG. This group met monthly to talk about technology, show off the latest hardware and software, and play games. There were several Special Interest Groups within CHUG which were sections devoted to a particular topic. Examples included the Apple SIG and the OS/2 SIG. The Apple SIG was officially recognized by Apple and enjoyed special discounts through Apple on both hardware and software. The OS/2 SIG was officially recognized by IBM and Team OS/2 and received gifts, materials and training.

In the 1990s I actually started running my own larger BBSs on a variety of hardware and software. Eventually, this led to a system called Pawn To King’s Four (PTK4 for short). This was a three-line (four at one time) system where all the lines could chat and play games with each other. In addition, the system was linked with hundreds of other systems around the world exchanging both public forum messages and private messages internationally. Eventually, this even linked into the internet providing internet email and messaging to people, providing their first internet access. 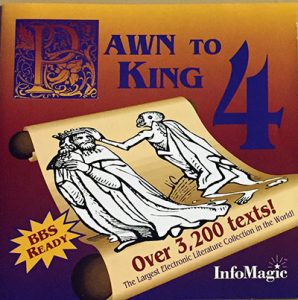 The CDROM published by InfoMagic.

This system was referred to as an Online Information Service (OIS, a term I coined) instead of a BBS. I invented this term because the system was much more than any other system I had ever heard of. Even though systems such as AOL and Compuserve were far larger and had tons of resources, I had the “World’s largest online library”. Indeed I had thousands of books, more than Project Gutenberg at the time, and they were all indexed with Author, country of origin, style of writing, and much more information for each title. I even had a full-time librarian. This library was eventually published on CDROM and distributed worldwide by Infomagic.

While running the OIS I wrote custom software to make it easier to use, SearchLight SysOp/2 (Searchlight was the name of the software that ran the OIS, SysOp stands for System Operator or the person who runs the system, and the “/2” designated that it was an OS/2 program, I called it SLS/2 for short). It worked so well I decided to release it publicly and see how it fared with other people using it. The response was quite good. This also required that I take the skills I learned writing the help documentation for the OIS and hone them to write the documentation for this software.

In the late 1990s CHUG was dissolved from lack of interest in the community as everyone moved online for their information. Around that time was when I joined the Houston Apple Users Group, HAUG. I remained a member there for some years.

In 2000 PTK4 was permanently closed and archived. It was a sad day as the system had been such a huge part of my life for the past ten years. Computers continued to be a large part of my professional and personal life even without the OIS or user’s group.

I started working for a company called Syscomm Computers here in Huntsville. We built custom PCs, repairing all makes and models of PCs and Macs, did networking and a little programming (primarily database work). The vast majority of our work was general PC repair both on-site and in-shop.

Syscomm did not fare well as a company. The original owner sold out and the new owner did not seem to want to put the time in to remain current and there was too much competition for it to remain a half-hearted effort. When the paychecks started becoming “problematic” I decided to start my own company, and Falcon Technologies was born.

For many years I ran a pretty successful company. It did well enough to send myself and my wife to Las Vegas six or seven times in just a few years. The problem I had was one shared by most small business owners, the ups and downs. We could be rolling in cash for six months and then starve for the next three. I never managed to get the company large enough to balance everything out. Whenever I made money I had to put a large part back to be safe. That got really old.

I then moved on to become the Chief Information Officer for a company called Educational Video Network. This multi-million dollar corporation had somewhere near fifty people on the payroll and I was in charge of all things technology-related.

Working there I and one other person wrote the database that ran most of the company. The database was written in Microsoft Access as the front end and Microsoft SQL Server on the back end. From order entry, shipping, royalties to inventory, this software ran it. In fact, other than actually creating the videos and payroll, there wasn’t anything it did not do. This was used to replace their aging Alpha Micro system and required that I learn Alpha Micro so that I could export the data out of the old system and import it into the new one.

The database required that we train all the employees on how to use it, which led to my first real endeavor in technical documentation writing for pay. A few months and several hundred pages later we had a complete user’s manual for the database and I had what felt like permanently crippled fingers 🙂

I was also in charge of maintaining the Apple systems used for video production and drawing up the specs, purchasing, setting up, and working with their first-ever DVD production machine.  I also worked with the time clocks, internet connections, and setting up their Mac OSX web server. This server was the first generation of OSX servers, the very first version 10.0. I took a completely factory computer and wound up having it run over a hundred websites.

Eventually, this Mac was replaced by a Red Hat Linux server I custom built which wound up hosting close to five hundred websites. That was a huge thrilling and challenging project.

After a while there I left to once again run my own company. I was not really thrilled about this so I immediately started looking for employment. I found a company just getting started but that had lost one of its two founding techs. I hit the ground running and have been there for over fifteen years as of this writing.

What started as two techs and one woman in the office has expanded to five techs and three women in the office. The company either partially or completely manages three school districts, many city and county government offices, and hundreds of businesses and personal customers. Working there I have run network cabling, built and installed large network servers, designed and built databases running multi-million dollar corporations, built websites (although they don’t do that anymore), written hundreds if not thousands of pages of technical documentation, and much much more. They even repaired devices such as phones and tablets for a while. 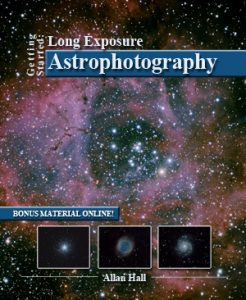 Since I now had way more experience writing technical documentation than I ever wanted and I had written a couple of short how-to documents about my astrophotography hobby, I got talked into writing my first astrophotography book in 2013 called Getting Started: Long Exposure Astrophotography. This did much better than I thought it would and so I decided to write some more. The next few years produced many titles including Getting Started: Budget Astrophotography, Getting Started: Visual Astronomy, Non-Fiction Publishing, and Marketing for CreateSpace and Kindle among others. Many of my books are available in both print and electronically from Amazon and Apple.

If you are interested you can always keep up to date with all my books on my personal website, www.allans-stuff.com. It also has tons of information on my hobbies including how-tos, reviews, news, and much more. 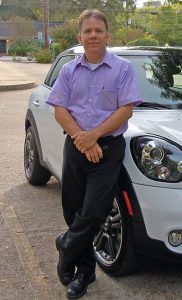 Today my interest and use of technology is as it has always been, substantial. I have Macs, Windows PCs, Linux machines, both IOS and Android tablets, Surface Pros, Netbooks, and Chromebooks. Most days I even carry both a Samsung and Apple phone with me. After all, if you don’t use it constantly, how can you work on it? I still do some coding, still do some websites, and still do some of the really esoteric things only the weirdos do. I have gotten into some interesting hobbies such as amateur radio, astronomy, and astrophotography, and I continue to write books on a variety of topics.

After around twenty years I decided to leave my current employer and head back out on my own. There were a lot of reasons but let’s leave it at I was not thrilled with the direction of the company and did not feel my being there was a mutually beneficial arrangement anymore.

Now I am back out running calls but this time on my own terms. Let’s see how it works out 😉

I also have fun adding technology to my house through Amazon’s Echo, wifi-enabled thermostats, streaming security cameras, NASs, and more. Don’t think my vehicles get left out either, they are pretty loaded with their own technology, both factory, and aftermarket.

So if you see an old guy pass you on an Indian Scout Bobber with a guitar and laptop slung over his back, or loading computers and printers into the back of a MINI Cooper, give me a wave 🙂