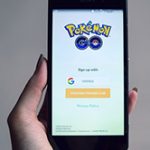 In the past couple of weeks I have been repeatedly asked what is Pokemon Go, and why is it so popular? Let’s see if we can demystify it and give you a brief overview.

The short answer is that Pokemon Go is a free game for iOS and Android devices that uses augmented reality to allow you to play the game in the real world. For many of you that may present more questions than answers so let’s break it down.

Augmented reality is where you overlay something computer generated over the top of the real world. Examples include the heads up display available in some cars and many fighter planes as well as several of the astronomy apps available for your devices. These apps typically use your smartphone’s camera and screen to display the world that the camera sees and then includes text or graphics combined with the images from the camera and displays that on the device’s screen.

The astronomy apps for example allow you to hold your phone up to the sky while displaying the sky on the screen just as if you were taking a picture of it. The software then adds the names of constellations, stars and planets to this image on the screen. This allows you to easily identify objects in the night sky. 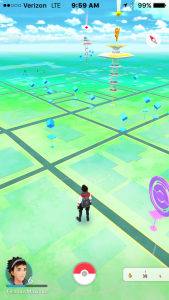 Pokemon Go uses the same idea of augmented reality but adds a little more to it. You start off with a map like Google Maps. This map shows your surroundings and has a picture of a person in the center which represents you. As you walk around, the map moves and the person on the screen appears to walk as well. While the map probably is not as accurate as a dedicated navigation map it is very accurate for use in the game.

The basic objective of the game is to capture creatures called Pokemons. There are a large variety of these creatures and you can capture many of the same type. In order to capture them you “throw” balls at them bonking them on the head. The ball then grabs them sealing them inside. You have a finite number of these balls and can get more at stops or purchase them in the game for real money.

As you walk around things appear on the map you can interact with. One example may be a poke stop at a local park where you can spin the sign that appears on your phone and collect objects you can use in the game such as the balls we talked about earlier. 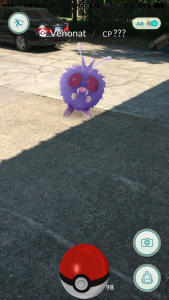 Once you encounter a Pokemon you tap on them on the screen which then activates the camera in your device. As you look around through your device you see the real world, and the cartoon image of the creature moving around. You can then “throw” the ball at them by swiping the screen from the ball on the bottom of the screen towards the creature.

If you see someone turning around looking at their phone in public as though they are trying to get a good signal then they are probably playing Pokemon Go!

Why is this important?

This game may not be for you but it is pretty important from a technology standpoint because it is probably the first introduction to augmented reality millions of people have ever had. More people are being exposed to this technology with this game than ever before and augmented reality is certain to be a huge factor in the future.

Think about being able to have information displayed on your car’s windshield for navigation assistance instead of having to look at a small screen taking your eyes off the road. How about having information available on your eyeglasses such as walking directions to the nearest coffee shop, or an alert that you are late for a meeting? Augmented reality is already being used by apps that text or notify you when you are near a particular store. My wife always finds it funny when Khols pops up a notification on her phone and she plays a little game looking around to find the store.