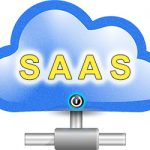 For people outside of the technology industry the terms seem to come and go fast, and with little to no explanations. What you may not realize is it is the same even when you are on the inside. Software as a service, or SaaS as you will often see it called, is one of those terms that can mean different things to different people depending on where they are in relation to technology.

The reason it gets so cloudy is not because people don’t know the meaning of the terms but because no sooner are the terms defined than something new comes out that either blurs or totally obscures the lines of those definitions.

The technical and original definition of software as a service was pretty straight forward. SaaS was when you paid a recurring fee, usually monthly, for access to software that was not installed on your computer. This was often accessed through a web browser much like Google Docs is. Easy right?

What about if the software was partially installed (or kept configuration files) on your computer but was completely controlled through a central provider? What if it was completely installed on your computer but the provider controlled it through automatic updates that made sure everyone was using the same version all the time and it had to be connected to the central provider’s servers to work? Not so easy now is it?

The original idea was to eliminate or massively reduce support headaches by having everyone on the exact same version of the software and eliminate as many incompatibilities as possible. This saves the company that developed the software money. In addition they charge a monthly fee which generates a continuous and sustainable income instead of peaks during upgrade cycles and valleys the rest of the time. It is indeed all about the money.

This works well, but unfortunately there are still types of software that need a more code and resources to run than can be easily and economically delivered over the internet which is why some companies have extended SaaS to include software installed on the end user’s computer. This includes software such as Adobe’s Photoshop.

Photoshop requires the internet to purchase and use. Every so often it checks with the servers at Adobe for verification of the license and for updates. If you fail to pay your bill that month you will lose a good percentage of the functionality of the product.

Previous versions of Photoshop were very expensive one time purchases (around $600 for the last version I bought) or slightly less expensive for upgrades ($200 or so last time I upgraded) whereas the monthly fee is far less expensive ($20 per month). If you do the math however you may notice that the price for buying an upgrade each year is approximately the same price as paying the monthly fee for the year, so how does this benefit anyone?

It benefits you in that you always have the latest version with no waiting and no having to remember to order the new version. It benefits Adobe in that you can never stop paying unless you no longer want to be able to fully use your files. It also prevents you from waiting a version or two before you upgrade. The days of skipping versions to save money are gone, now you pay for the upgrade continuously, like it or not. It benefits both of you because having only one version to support makes their support people better and makes it cheaper for them to provide support.

How does this affect you moving forward? Slowly a large percentage of the larger software makers are moving to the SaaS model and eventually this will affect most users. You can expect to be required to subscribe to things that used to be one time purchases such as Microsoft Office. I have clients today (2016) who are still using the 2003 version of Office. That means they paid $200 or so and used the software for thirteen years, which averages out to just over $1.50 per month. That won’t be an option much longer and people will be moved to at least $8.25 per month for businesses or $5.83 a month for home users.

While that may not seem like much you need to think about this when added to all the other SaaS products you will need. Your word processing program, your financial software, your antivirus, your photo editing software and on and on and on. It will be easy for those monthly little charges to add up to a big monthly charge without you even realizing it.

On the positive side, generally speaking fixes for errors in the software will be easy and fast to fix as they can find the problem with the first customer that calls and then push that fix out to everyone else. All the other users will never need to know there was even a problem. This also works for any security issues found as they can be fixed and delivered to customers almost immediately.

The same holds true for new features. Since we already talked about Adobe’s Photoshop let’s look at how new features can be important to that genre of software. One of the problems with photo editing programs is that they need to be updated when new cameras come out that store files in formats that the previous versions of the software can not read. Now it is very possible that support will be added in for that new camera before you can get one delivered to your house.

Another potential downside is when the software is updated if the user interface or feature set is changed it could reduce productivity and increase training and support costs. For example a very nice woman I was helping the other day with her first smartphone, and iPhone, was having a difficult time figuring out how to use it because some things had changed since the manual was released.

Think of a productivity app like Everynote or OneNote that is used but a large company with hundreds of employees. If they can’t find the button they have been using for the last year they will be calling their technical support department which costs the company money and tons of lost time where the employees could have been productivity.

While currently you really only see SaaS being used with certain large software companies for certain applications it is quickly moving to other areas such as operating systems. Google’s ChromeOS for example uses a lot of the SaaS model both in the operating system that runs Chromebooks and in the applications that run on it. Microsoft is also pushing Windows to the SaaS model in that Windows 10 pretty much forces most users to automatically take updates. It is also widely believed that Windows 10 will be the last version of Windows and that everything will be built on top of it’s core as SaaS.

Smartphone apps are also becoming more SaaS than stand alone applications as they not only can automatically update but can require updates before allowing you to use them. A good example is a lot of the online games on devices today will stop you from playing once there is a new version released until you have updated. I have also seen this in applications as well. Even the operating system on some devices will either automatically update or bug you to death until you let it update (I am looking at my iPhone as I type that last part).

Love it or hate it, SaaS is only going to get more widespread. With the increase use of devices and the internet, and decrease in sales of desktop and laptop computers this will make a lot of sense. Devices can have new capabilities added without ever having to be physically changed or even tethered to anything other than power and wifi access. What an interesting time to be in technology.