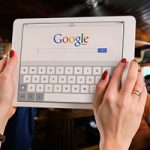 Why are people switching from traditional computers to tablets, and should you? This is a popular question, especially from the old guard who have had computers sitting on their desks for the past fifteen years.

Lets start by defining the typical uses of all computing devices today and then we can see what devices can handle those tasks.

In my experience the primary use for all computing devices today are:

This differs dramatically from the past where phones were primarily used for voice calls and now spend very little time performing that function.

Looking at this list there is one item that typical desktop or laptop computers can not service, voice calls. Conversely there is one thing that mobile devices simply can not do, heavy gaming. This leaves us pretty well even.

The big deal here is that very few people I personally know have a traditional computer for heavy gaming. Those who do game more than the apps on their phones and tablets typically have a gaming console such as a Playstation or Xbox. Those who do heavy gaming know every well that they need a specialized computer so they really do not even ask questions such as this one.

Once you eliminate the heavy gaming aspect you realize that there is virtually nothing the typical user does day to day that can not be done with a tablet or even in many cases a phone.

Exceptions of course do exist, for example authors, coders, web developers, professional photographers and engineers are all examples of people who need a real computer for their work. Being in a couple of those occupations myself I agree that I could not realistically create a book, design a website or photograph and process a wedding without a real computer. The truth is that outside of those activities I spend far more time on a tablet than a PC.

Why do I spend so much time with a phone or tablet? Because I have replaced a lot of activities with tablet or phone counterparts such as:

A good portion of this would be just as easy to do on a PC but nowhere near as convenient. Waking up and reaching over to grab my iPad and see what the weather is before going out on my morning walk just would not be the same with a laptop. Reading books with my feet propped up outside on a nice spring day is a lot more fun than in my office. Being on the couch it is sure nice when I can reach over and bump up the thermostat when I feel a chill. Streaming podcasts through my MINI’s stereo on long trips sure is nicer than having a laptop in the seat next to me.

The overwhelming majority of home users today I have met could use nothing but a tablet and get everything done they need, in a much more convenient package. Even with the cost of larger tablets they would still save money as the units are cheaper than desktops in many cases and certainly use far less power. When you couple these with a typical smartphone and a cloud service such as iCloud or Google’s offerings, it is just too tempting to have everything, everywhere and to be able to do anything, anywhere.

My guess is that there will be people who need a full computer for many years to come. In fact, there may be jobs where a tablet will never be able to replace a traditional computer (or whatever the traditional computer morphs into in the near future). For the rest of us, the box under the desk may have a shorter lifespan than we think.

Sit down and make a list of what you do, then see if there are ways to do that on a tablet. I think you might be surprised at what you need and don’t need these days.

PS. Always remember to dispose of your old computers responsibly. Do not just throw them in the dumpster or trashcan. Most cities have specific places or days where you can dispose of your technology equipment safely. These devices may contain harmful chemicals that can leach into groundwater and make both wildlife and humans sick or even kill them.