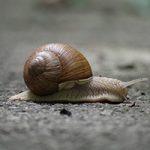 I am always being asked why computers get slower with age. The truth is, they don’t. Yes, they do take longer to do things and appear to run slower, but they actually are just as fast as the day they were new. So what is going on?

Even if you have nothing installed on your computer at all except for Windows or MacOS this happens, and that should be your first clue. If you reinstall the computer with the discs that came with it, or restore it back to factory using the restore partition, the machine will run exactly the way it did when it was brand new. The problem is, people don’t stop there, they update things.

Lets talk about Windows computers so we can get a little more specific but the exact same thing happens with MacOS or even Linux. The version of Windows and its components when your computer was new is likely to be vastly different than the current versions. Every Tuesday Microsoft releases patches and updates to it’s software (which is why we refer to Tuesday as Patch Tuesday). The patch or patches installed rarely have much if any effect on performance when they are installed, the problem is the cumulative effect.

To illustrate this cumulative effect I am going to make up some simple numbers. Lets say you have one gigabyte of memory and with a clean install as the computer came from the factory 50% of that memory was used after the computer booted. Furthermore lets assume that each update or patch uses one quarter of one percent more memory than the non-patched or non-updated software.

On a Windows 7 computer that came out at roughly the same time that Windows 7 was released there are probably three hundred updates available (breaking down service pack 1 into all its separate updates). Taking 300 X .25 (300 updates using .25 percent of your memory each) results in 75% of your memory, in addition to the 50% of memory that Windows was already using. Since that results in 125% memory use that means that the computer has to use the hard drive to make up for the fact that you are using more memory than what is physically installed in the computer. That means everything slows to a crawl because the hard drive is massively slower than RAM memory is.

Taking that a little further your computer runs slow when most of your memory is being used, it doesn’t have to wait until it runs completely out as in the example. If your computer is using 75% or more of your memory that could mean a substantial reduction in performance.

Easy fix, add more memory, right? Yes and no. Adding more memory will certainly fix the problem with running low on or completely out of memory but unfortunately that is not the only problem we are facing.

Into this mix you can add all your pictures, documents, audio and video files. The more files you have on the hard drive the slower the computer could potentially be. Lets be clear here, the number of photos you keep on the hard drive has no real effect on the speed of your computer. What can is that if you put enough files on there that it starts to fill up to 75% or more, that can and will slow everything down.

So we can solve this problem by installing a larger, faster hard drive or even a super fast solid state drive (refered to as an SSD for short). True enough, installing a faster drive will indeed speed up the computer, and in the case of an SSD, quite dramatically. In fact every computer I currently own with one exception has a SSD as it’s primary drive. I just bought a brand new Dell laptop for business and even though it has 8GB of high speed memory and a 5th generation i7 processor I replaced the 500GB hard drive with a 512GB SSD before the computer was ever turned on. It makes that much of a difference.

Just like last time however that doesn’t solve all the problems. The next issue is the CPU or central processing unit. This is the brain of the machine. The speed of the CPU can be measured a lot of different ways such as in megaherts, gigaherts, flops, terraflops, etc, but for this conversation we will say that the CPU can do so many operations per second.

Each patch or update is likely to cause the CPU to use more operations per second under normal use. The more operations being used by the operating system and it’s components, the fewer remaining operations for everything else.

Here is a great example. You are making a brick wall, stacking bricks up one at a time. When you start out you are just stacking one after another approximately one every five seconds, or 12 per minute. Soon enough your boss wants you to start adding mortar between them to solidify things. No problem, but now it takes you twice as long so you can only put up six bricks per minute. Then your boss comes back and says he wants them level and evenly spaced, now we are down to three per minute.

There are other factors that can affect computers apparent speed as well such as newer software requiring better graphics which makes the whole machine work harder. The same can be said for audio. It just never ends.

Now you know why your five year old computer seems so slow even though there is very little on it.