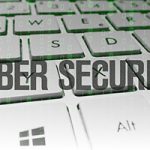 A lot of people today think that security software such as antivirus is not as important as it once was. We reviewed that idea in another post so if you are interested take a look there. If you do decide to run a security package, which one should you choose?

In the past, starting with the MacAfee for DOS days, antivirus packages have swapped places as far as detection and cleaning effectiveness is concerned. The antivirus that is the best today, can be the worst tomorrow. One case in point for this is Norton Antivirus which in the early 2000s was very good. Starting in about 2004 we had problems with it refusing to install, not working at all once it was installed, and causing operating system problems including but not limited to keeping the system from booting.

The other problem was that their technical support was so bad the only suggestion they had was to reinstall Windows. Had this actually solved the problem it might have been at least a little bit acceptable but it never did. Reinstall Windows, install Norton, Windows breaks, repeat.

It took them several years but they finally got their act together and now Norton makes an excellent antivirus product with above average technical support that will remote in to your computer and fix many problems for you. They still are not the best English speakers but at least the problems are fewer and get resolved faster.

I am not picking on Norton, every manufacturer has ups and downs. MacAfee, once the king of antivirus has by most techs I know been classified as almost a virus itself recently. I believe they have gotten better the past couple of years but it was really bad. Vipre has been bought and sold several times over the past few years and several years ago was a favorite of a couple of our techs, especially on low power machines. Now they rank as one of the worst in antivirus tests.

So how do you know which product is any good? There are two independent testing labs for antivirus products; AV-Comparitives and AV Tests. Either one of these two places will provide you a wealth of information on the current antivirus products from most of the major manufacturers for both home and business use.

If you use these two resources, you have most of your work done. I tend to augment this information with a little searching online for problems and solutions as well. Every product will have problems, the key is how well they get solved. I also tend to look at several tests to make sure that the company in question did not just get lucky on a test but consistently does well.

Keep in mind that each manufacturer may use different names for their packages but the ideas are usually the same.

If you just want a quick and dirty recommendation, pick Kaspersky. They have consistently been at or near the top of all the charts for years now. Even though they have their ups and downs like all the other companies, it seems their downs are not down from the top by far. For example they are one of only three with perfect scores for their 2016 product reviewed on AV Test for Windows 10. They also tied with two other manufacturers for first place in AV Comparative’s November 2015 (the latest as of this writing).  Interestingly enough Bitdefender was also tied with Kaspersky in both tests but the third member differed between the two testing companies and were Panda and Avira Pro.

Now where do you want to purchase your antivirus? Once upon a time you needed to go to a computer or electronics store to purchase security software, no more. Now of course like everything else, it is cheaper and easier online.

If you are looking for business products, those too are available on Amazon for a fraction of the cost. For example Kaspersky Small Office Security on Amazon is $109 for ten computers. Ten uses of protection for a year on Kaspersky.com goes for $289.

Once you have a good antivirus product you can augment that with spyware specific products. Unfortunately I have yet to find a good real time protection product. I am a big fan of Malwarebytes AntiMalware free edition but what I have seen of their pro version that includes real time protection has not been that great.

The pro version still provides the excellent removal abilities of the free but in tests of the real world protection such as those by PC Magazine a few years ago were lacking. Take a look at their review Malwarebytes Anti-Malware Pro 1.70. It does look like they have gotten better over time but so far I am not overly impressed.

I absolutely recommend their free version, or the pro version if you are a business. I find it to be a perfect compliment to a good internet security package.

If you are manually scanning for malware on your system I will leave you with two other programs, Malwarebytes Anti-rootkit beta and Kaspersky’s TDSS Killer. Both of these products are safe to run and can help you find some little critters hiding on your computer.

Lastly, remember that no security software will protect you from yourself. Do not open emails from people you don’t know, never open attachments you are not expecting, never click on links in emails, never go to less than reputable web sites and never allow anyone to remote into your computer unless you called them for help. Microsoft and Windows will never call you.