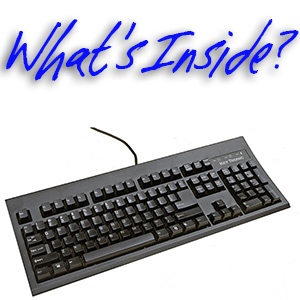 Have you ever wondered what exactly is inside your keyboard? Where all the little pieces of Doritos and bagel go when they mysteriously disappear? While there are a myriad of different types and styles of keyboards out there, there are many similarities as well. Let’s take one apart and see what’s inside! 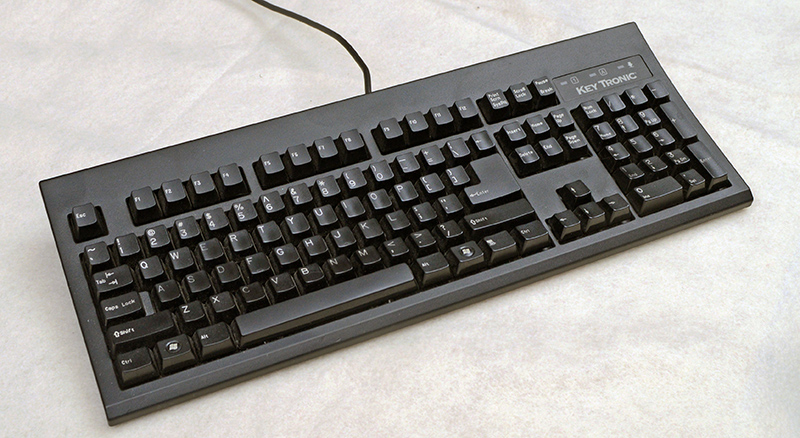 Our victim this time is a fairly popular KeyToninc keyboard. While certainly not a high end keyboard, these are very robust for their price range and are often seen in the business community.

Removing a handful of screws from the bottom allows the top cover to be removed and exposes some of those bagel bits we lost over the years. 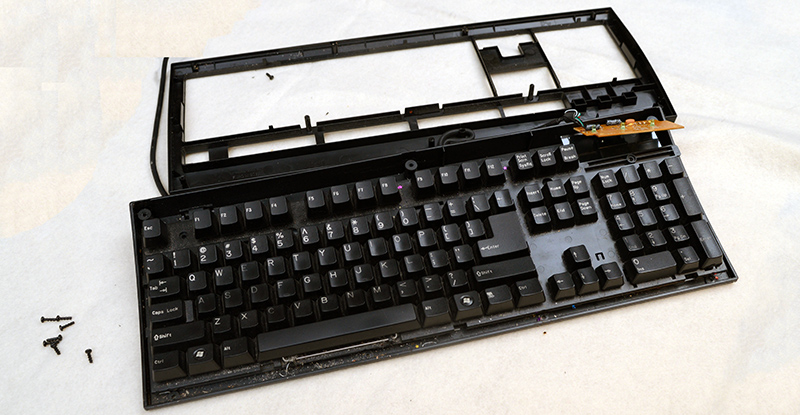 Note the very small logic board in the upper right hand corner, that is all the electronics in the entire keyboard! If you wanted to clean all the crumbs out of your keyboard you could stop here and use a vacuum cleaner or air duster to blow them away. 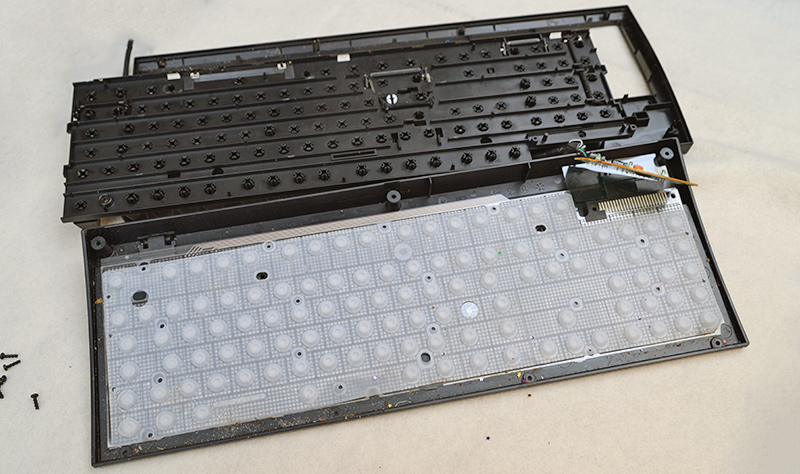 This almost clear plastic sheet with all the raised little domes is what makes the keys depress and return. It is also a large part of what makes the actual keypress work to generate a letter on your computer.

There are actually four layers here that cause the keypress to function, they are shown here: 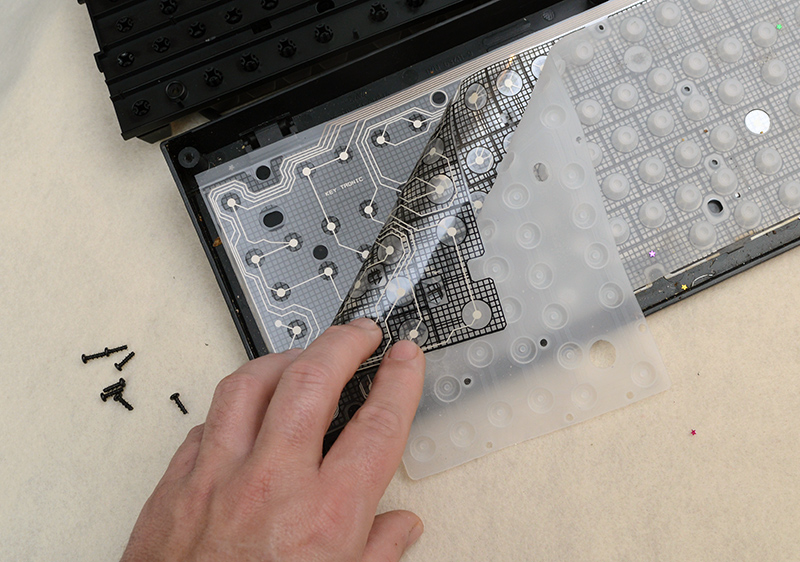 The top or first layer is the rubbery layer with the big domes that causes your keys to stay up, and to return once you press them down.

The second layer is a flexible electronic circuit with “pads” (the round dots on the lines).

Below that, and hard to see unless you pay attention, is a third layer consisting of a frosted plastic sheet covering the bottom flexible electronic circuit  with holes cut out around the pads of the bottom sheet. This separator sheet keeps the pads from the fourth layer away from the pads on the second layer while allowing them to touch when downward pressure is applied to the second sheet.

So when you press on a key, that compresses the rubbery portion which applies pressure on layer two at a pad which then contacts the pad on layer four completing an electrical circuit. This in turn is transmitted by the little circuit board we saw earlier to the computer via it’s USB cable (or wirelessly in the case of a wireless keyboard).

The keys can be removed as well and with expensive keyboards one can remove all the keys to make sure the keyboard is very clean. 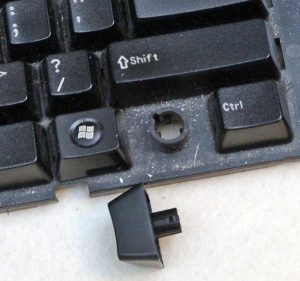 As you can see in the above image there is a lot of dirt underneath the key. Keys are simply snapped in and out by pushing on them. Different keyboards may use different systems which might mean you have to release clips, remove retainers, or use some other way to release the keys aside from just pushing them in and out.

When keyboards stop working, or start sticking, the general rule is to just replace them. If you spend well over $100 on just a keyboard, then it might be worth trying to disassemble and clean. If it doesn’t work at all, then the odds are you can’t fix it so just buy a new one and get it over with.

I hope you understand a little more about keyboards and how they work now.