Now that the Windows 10 anniversary update has been out a while I thought I would take a few minutes of your time to discuss what it is, what it is not, and a few of the new features it brings to the table. I will also discuss some problems people have experienced with it. Lets get going!

What is the Windows 10 Anniversary Update?

This update is much like previous service packs with the added bonus of some new features. You will recall that Windows 8 had Service Pack 1 (SP1) as did Windows 7. Windows XP had three service packs, SP1, SP2 and SP3. As I mentioned in a previous article Microsoft is pushing Windows into the Software as a Service (SaaS) model. There is speculation that Windows 10 will be the last “version” of Windows they release. This means that in five years you will still be buying new computers with Windows 10 on them even if that Windows 10 has little resemblance to the then current Windows 10. Everything added or changed will be pushed out as updates, such as this anniversary update, and those updates will be included in version of Windows sold on new PCs or as a separate piece of software.

This is not technically a service pack in the terms that we have been used to. In the past a service pack was simply a roll up of all (or most) previous fixes bundled into one installation with almost no new features. This is changing as we enter this new SaaS era as new features are going to be much more common.

When can you get the update and how?

The update started being available August 2nd in stages with newer PCs being updated first. You will receive the update automatically. If you have not received it yet then you can manually check for updates by clicking the start menu, selecting Settings, Updates & Security, Windows Update and then simply check for updates. You will be looking for “Feature update to Windows 10, version 1607.”

If you are not sure if you already have the update you can look in Start, Settings, System, About for the Version which should be 1607. 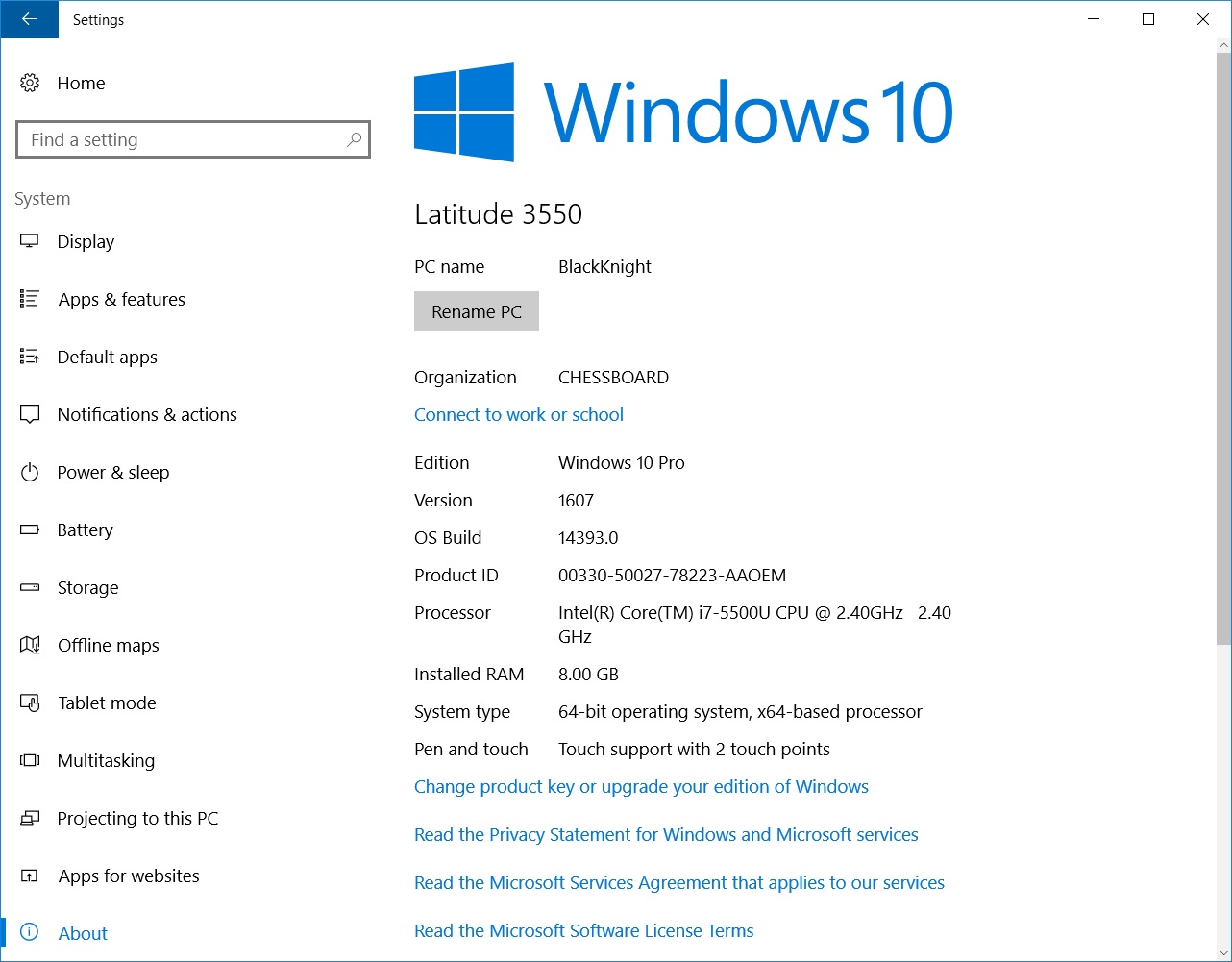 When installing this update your computer will restart several times and the screen may flash repeatedly as the files are installed, this is completely normal. Do not attempt this update while on battery power as it can use quite a bit of power and take a while to install. Running out of power while installing this could cause some serious issues.

What are some of the changes I can expect?

The first thing I noticed was a new start menu.

The File Explorer, Settings, and Power options used to take up a whole line at the bottom of the start menu and now they are small buttons over on the left. This allows more room for programs to be listed which is helpful since they removed the All Apps button and instead have put everything in one long list. Fortunately they did put Recently Added and Most Used right at the top so most of the time what I need is right there. I still find this slightly less efficient than the method used in Windows 95 through Windows 7 but at least it doesn’t slow me down too much.

I also noticed that when updates are available I now have options for both “restart” and “update and restart”, with versions for shutdown as well. This was a serious issue for me as when working on a laptop it was infuriating for me to need to run a service call and the computer to tell me “now installing update 1 of 32” when I go to shut it down. More than once I strapped the laptop into the front passenger seat running while I drove to the service call. Really Microsoft?

The next thing that interested me was that Microsoft’s new browser, Edge, gains support for extensions. About time! I absolutely refused to use Edge because there was no support for extensions. So what are extensions? A browser extension is a piece of software that extends the functionality of the browser. Examples include ad blockers, spell checkers, virus scanners and much more. I tend to run an ad blocker on all my browsers for two reasons; many viruses are spread through advertisements and many sites have gone so overboard on their ads that it is almost impossible to actually enjoy the content you are there to see in the first place. This meant that the lack of extensions meant I could not, or would not use Edge, until now. 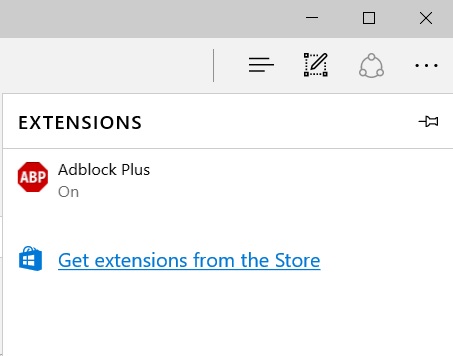 Apple made the fingerprint the new password with its incorporation of the fingerprint reader into the iPhone. I can use my fingerprint to unlock my phone, pay for meals, authenticate with apps such as Amazon’s and much more. Windows 10 now wants into that game with Windows Hello. Windows Hello (Hello for short) already would allow you to use a fingerprint or use facial recognition to log you into your computer but now it works through Edge to allow logging in to websites, cool. It will also allow you to log into your computer just by having your phone in your pocket, or a exercise wristband, or even a USB key plugged in. Way cooler.

There are a lot more features such as Windows Ink to draw with, Cortana on the lock screen, the ability to get your text messages from your Android phone on your computer like a lite version of what Apple does with it’s tablets/phones/computers, etc. If you are interested in a more comprehensive list of new features try a quick Google search as there are a ton of articles out there.

What is not fixed?

The one fix I have been really hoping for was their search feature. It is still broken. Download an executable file and then do a search for it, not there (admittedly few people do this but it is a staple of my work). Sure you can run it directly from the browser after you download it but I have lots of executables that I need to run all the time. On Windows 7 I can do a quick search and run it from there, on Windows 10 I have to have a folder on the desktop with shortcuts to them, what a pain.

What problems have been reported?

The majority of problems with this update I have seen are driver incompatibilities. Some hardware does not work correctly after the update or in some cases the machine displays a blue screen error. While these are fairly serious issues I have to admit I have seen very few of them. Of the few I have seen, updates to the drivers have fixed the problems. In my cases it was not that they had current drivers and the update needed still newer versions, it was that they were running an older driver to begin with that just happened to work on Windows 10 but not after the update.

Should you install the update?

Like you have a choice, heh. Yes, overall the update is a solid set of new features and bug fixes with few problems that weren’t already there. The computers seem to run just as fast and just as reliably as they did before the update. I have not seen any failures during the update or lost data but I still always recommend you have good and verifiable backups before you do any updates, especially of this magnitude. I also recommend uninstalling your antivirus software before installation of something this big just a a precaution. Removal of the antivirus was pretty much a requirement when upgrading to Windows 10 from previous version but with this update just like the 1511 update there just seem to be fewer problems if you uninstall the AV first.