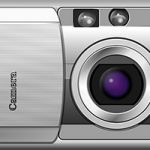 I divide the camera market into consumer, prosumer and professional. There are specializations as well such as astrophotography, medical, and industrial. RIght now we are only going to cover cameras sold as general purpose cameras.

There are far more varieties of cameras than this which fit in between one type or the other but that really isn’t important to this discussion.

I remember when you could walk into a big box store like Wal-Mart and find an entire isle of digital cameras. There might have been as many as seventy five different models on display with a wide range of price points. Even in the smaller stores there was still a good selection. Everyone wanted one and everyone sold them.

Today that has changed and the larger stores typically have a small display with just a few different consumer models. It also looks like the low end and high end models have fared better than the midrange models.

The most obvious reason for the decline is the increase in the percentage of people who carry smartphones which virtually all have excellent cameras. Even if a person has a dedicated camera which produces higher quality images available to them they tend use them less since the phone is always with them and is more than adequate for most of their uses.

The fact that a large percentage of us have a reasonably good camera with us at all times has caused us to not want or need to purchase a dedicated digital camera. In fact most of the people I knew who always used to have a digital camera with them no longer carry one, ever. This even includes me as I used to have one in my car all the time and I no longer do.

Looking a little harder at the situation we find another reason for this trend and that is the use we have for the images. Years ago the primary use of pictures was to print and share. Today, social media such as Facebook, Twitter and Snapchat are some of the primary mediums of distributing our images.

Sending images to social media instead of printing out pictures means that the image quality can be significantly lower to accomplish our goals. Let’s look at some typical uses to see what I mean:

To look good online you need to fill someone’s monitor without enlarging. Most larger monitors today run at a resolution of 1920 x 1280 which is just under 3MP. There are of course higher resolution displays even on smartphones and tablets but they are often so small that displaying high resolution images on them really doesn’t look that much better than a lower resolution image.

Not only do we need lower resolution images to do what we do today but we can increase the image compression substantially. This means that images take up less room which is very important if you are storing the images online. It is equally as important as smaller images display faster as well. Why can we increase the compression? Because the majority of image viewing we do is either on a small device (phone or tablet) or only occupies a small portion of a larger page (such as on Facebook) which means image quality is less fo a concern.

Since we can get away with lower resolution and higher compression in our images this means we can use lower quality optics (less expensive). This allows us to put these components in a very small area (a corner of our smartphone) for a very inexpensive price. Awesome!

Now before you start looking at specs and image samples and think I am an idiot because the cameras in current smartphones are substantially better than the digital camera you have in your drawer let’s look at a couple of things.

Next, the inexpensive electronics and optics available today are often far better than the midrange components from just a few years ago.

I agree that modern phones do an incredible job with what they have, but they still do not compare to something like a Canon G15 shooting in RAW. Fortunately since our needs for quality have declined and the quality of images coming from the smartphone have increased over the past few years, we are at a really good place.

The smartphone also has another trick up its sleeve, automatic online storage. With Apple’s iCloud or Google’s Photos your images can be uploaded immediately to your online storage without you having to lift a finger. This image is then available to you, or anyone with access to your account (wife, kids, parents, etc) to view and download. It also allows that image to appear on multiple devices.

A great use for this was when my wife and I got back from our last vacation and I wanted to show images to some friends over dinner I did not have to use my phone’s tiny screen. When it came time to go to dinner I simply grabbed my iPad knowing the images I shot on my phone were all there as if I had shot them on the iPad. That made things really nice.

With a dedicated digital camera I would have had to connect the camera to a computer and upload all the images somewhere. While that was the way we did things for years and it really isn’t that big of a deal, having all of that automated and happening almost in real time sure is nice.

An interesting note is that since there now is a large percentage of the population that has a camera on them at all times the number of pictures taken has increased exponentially. Just look at online services such as Flickr and see how many images they get uploaded per year. It is simply astonishing.

While I doubt the cameras in phones will ever be able to compete with modern DSLR they are making huge strides. The current crop of cameras in the iPhone 7 Plus for example use two different cameras at different focal lengths so zooming causes less image degradation. They also have multicolor LED flash units to balance light colors and optical image stabilization to make up for the camera shake introduced by our hand holding them. Another interesting addition is they claim to shoot in RAW format but I have yet to see a test to see if it is really RAW or not.

The future will be an interesting one. We are seeing optical image stabilization getting smaller and less expensive so it may eventually wind up in even the least expensive phones. The tiny sensors are not only getting more sensitive to light but are also getting faster lenses (f1.8 in some phones today) which allows us to shoot in lower and lower light conditions.

We are also seeing faster processors in our phones making it viable to do all but the most serious photo editing right on our devices. With faster and faster internet connections we can even offload a lot of the processing to computers in the cloud.

I expect DSLRs to remain a prosumer and professional option for many years, if not decades to come. As smartphones do more maturing it will soon be cheaper to buy a previous generation phone to use as a camera than to buy an equivalent quality dedicated camera even if you never activate the data or voice service.